A history of Crickhowell gleaned from other websites.


The text below is drawn from a number of places and sites on the internet. See below for main sources. It is intended to be a history for locals and visitors, not historians so it focuses on topical places and sights not the darings and doings of Owain Glyndwr! If anyone feels the need to receive acknowledgement then of course I will do so, please contact me.

There are 3 Grade 1 and 123 Grade 2 listed 'buildings' in Crickhowell, below is a very small selection.

Crucywel refers to Crug Hywel (Mound of Hywel), a reference to the prehistoric fort that occupies the flattened top of Table Mountain above the town. An alternative explanation is that 'Mound of Hywel' refers to the 13th-century Norman castle mound. The name first appears as Crickhowell in 1263. 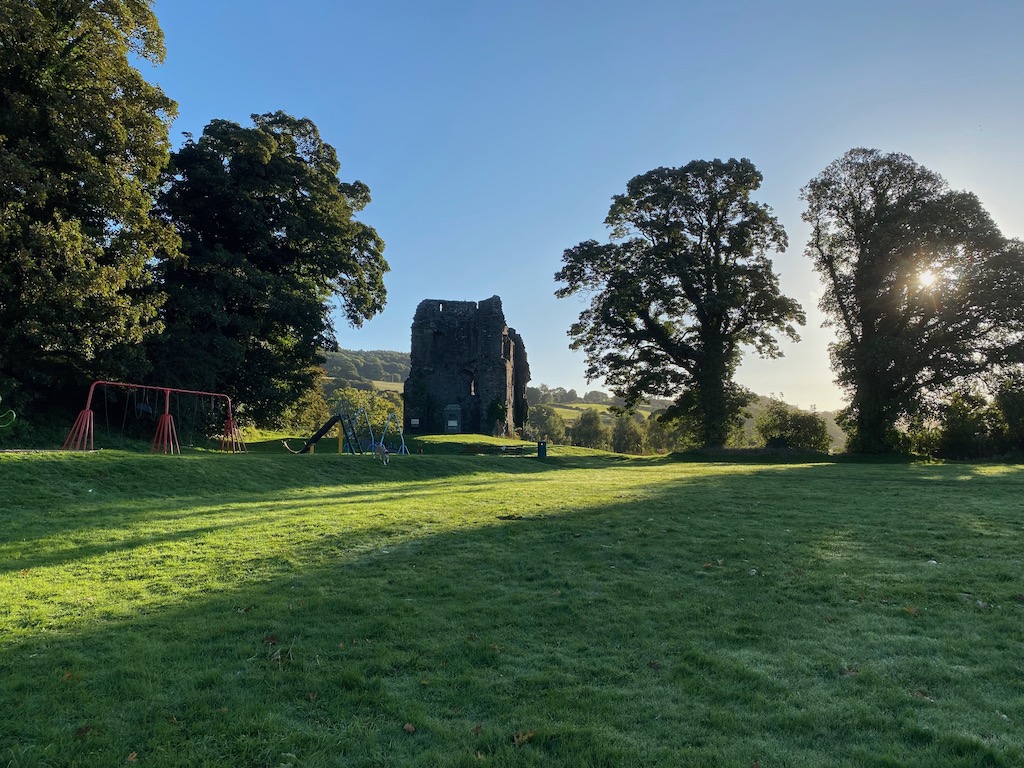 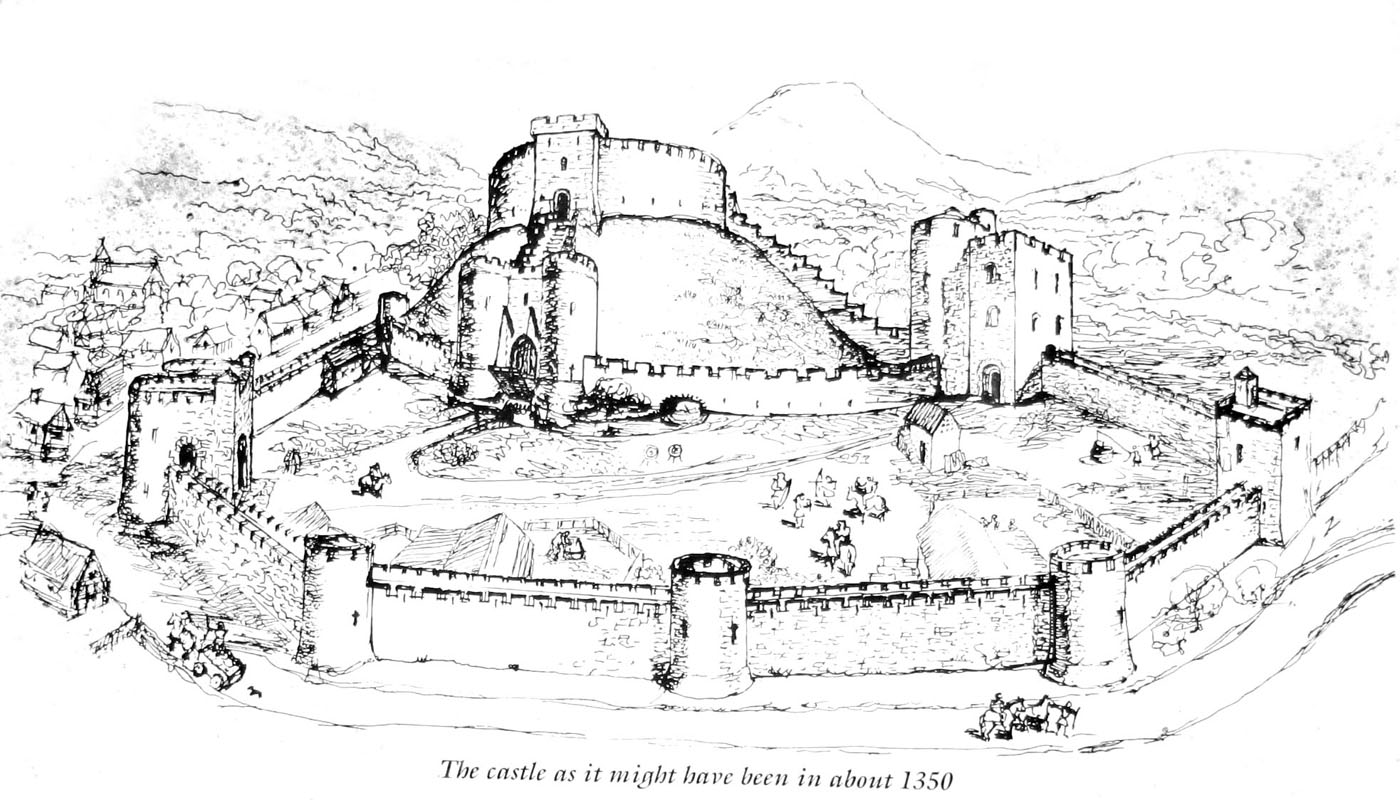 Above is Table Mountain (to the right of the picture) and an approximation of the old castle from Wikipedia.

The castle (often referred to as Aliby's castle - apparently an early governor) origins go back it seems to 1121when it was built as a motte and bailey castle by a Norman family. There is extensive history available but in short in 1400 it was reinforced ahead of the uprising of Owain Glyndŵr (an early protagonist of Welsh Independence!). His forces destroyed the castle in 1403. Much of the town has been built with the stone from the castle.

The site was gifted to the town by Gwilym C James in memory of his son who died in the first world war. The Dragon is a Grade II listed building dating from the late 1500’s. In addition to the 15 rooms the Dragon boasts a 80 seat restaurant, a function room and a bar. 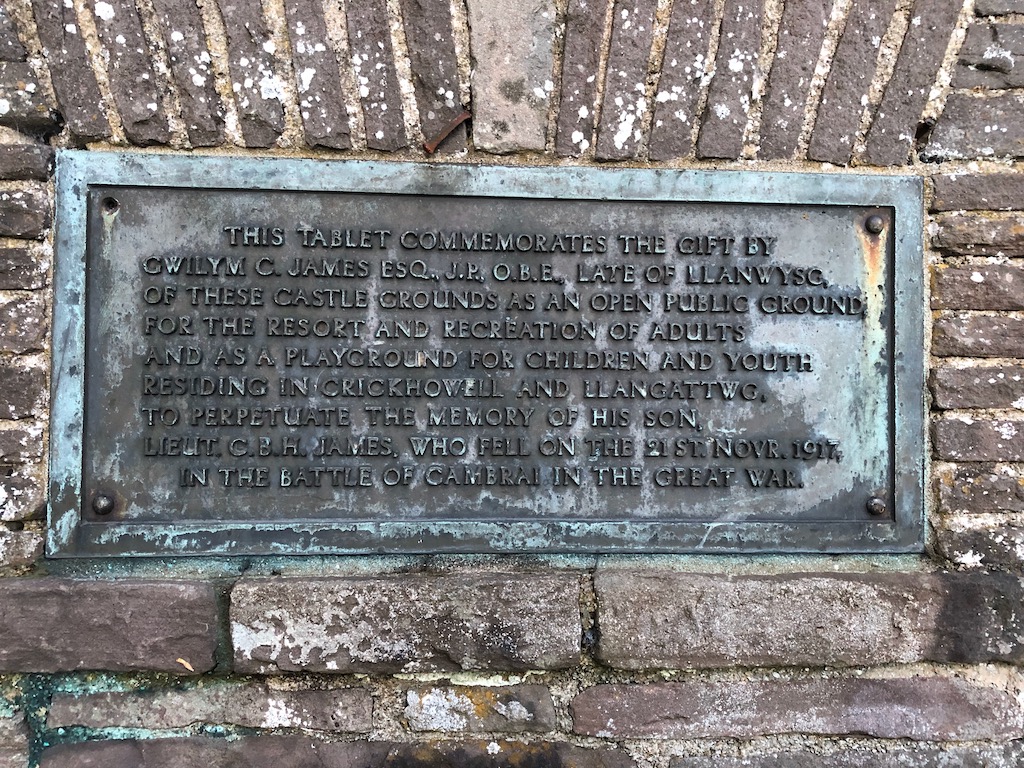 One of two entry points into Crickhowel is over the attractive grade 1 listed stone bridge. The earliest mentions of a bridge are from 1558. The present 13-arched structure may date to that time; it appears to be of 16th/17th-century style. It was rebuilt entirely in its present form in 1706 and widened in 1810. It is the longest stone bridge in Wales and whilst it has 13 arches (upstream) on one side it has 12 arches (downstream) on the other! See photo below.

The bridge is also famous for spanning the River Usk which is the fastest rising and fastest falling river in the UK due to the the catchments that serve it.
The bridge is also well known for the pub on the Crickhowell side of the bridge. See later as it is also listed Grade II. 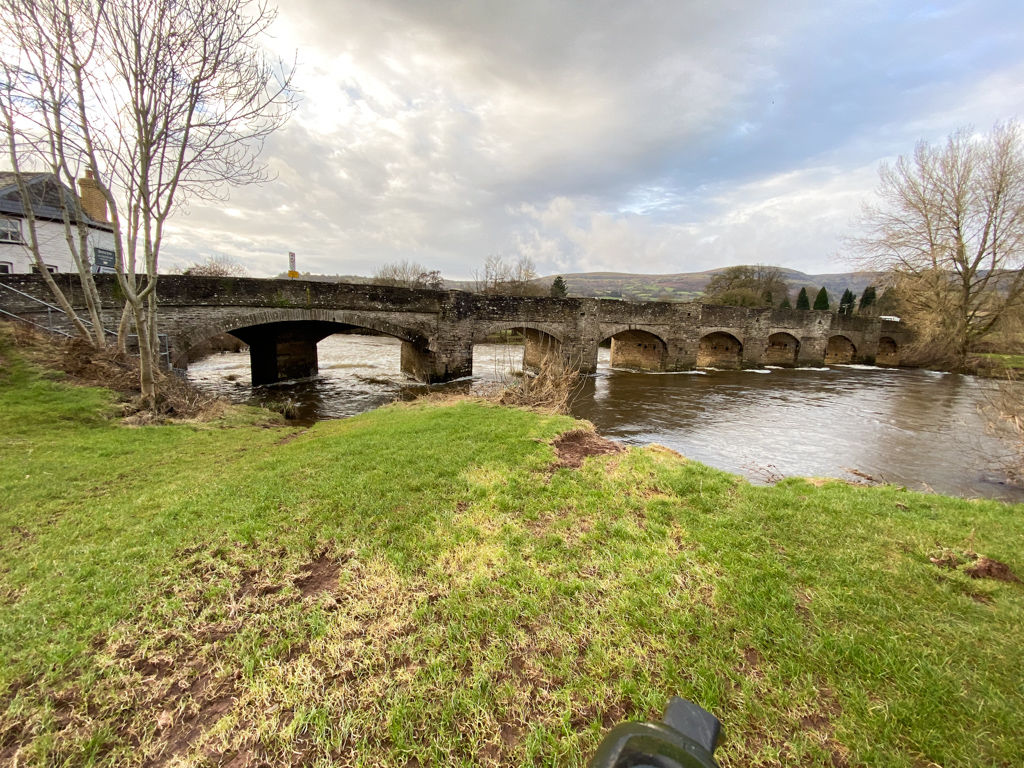 The monument consists of the remains of a 15th century gatehouse with a single carriageway and room above. The gateway is positioned within a stone embattled wall and is turreted in a Tudor style. It has Tudor arches and an upper chamber lit by two hooded windows, an octagonal chimney and a battlement parapet. A spiral staircase leads to the first floor and the roof on the NE corner of the gatehouse, is lit by a small rectangular window and exits to the roof from a stair turret. In the interior the ribbed vault with bosses is of early 19th century date. The arch facing the road has weather mouldings, hood and stops, while the house-facing arch is chamfered. The gateway was built by the Herbert family during the reign of Henry VIII as the entrance to their mansion, Cwrt Carw. The Tudor mansion was demolished in the early 19th century and replaced by a Regency style manor house.
The monument is of national importance for its potential to enhance our knowledge of entrance architecture. It retains significant archaeological potential, with a strong probability of the presence of associated archaeological features and deposits. The structure itself may be expected to contain archaeological information concerning chronology and building techniques. A gatehouse may be part of a larger cluster of monuments and their importance can further enhanced by their group value.
The scheduled area comprises the remains described and areas around them within which related evidence may be expected to survive.

Behind the Georgian frontage of this former coaching inn stands a much older structure, reputedly dating from c.1430. Beer and food are still stored in vaulted cellars, possibly built in the 18th century. The hostelry was once known as the White Bear.

According to tradition, soldiers loyal to Sir Richard Evans took a last drink here in 1485 before marching off to join the army of Henry Tudor, who had landed in Pembrokeshire after exile and was soon to win the Battle of Bosworth to become King Henry VII.


Anyhow, it is a fine hotel, serves great food, has wonderful accommodation and is generally a great hotel to visit.

I cannot find much on the history of this hotel but what I can tell you is that their customer service is first class.

The Dragon is a Grade II listed building dating from the late 1500’s. In addition to the 15 rooms the Dragon boasts a 80 seat restaurant, a function room and a bar.

The origins of the pub are not clear but probably date back to the construction of the Bridge. Its current form is an 18 century building with more modern modifications.

Aside from the history it is a great local pub that is very popular with locals all year round and tourists in the season due to it fantastic beer garden overlooking the Usk.